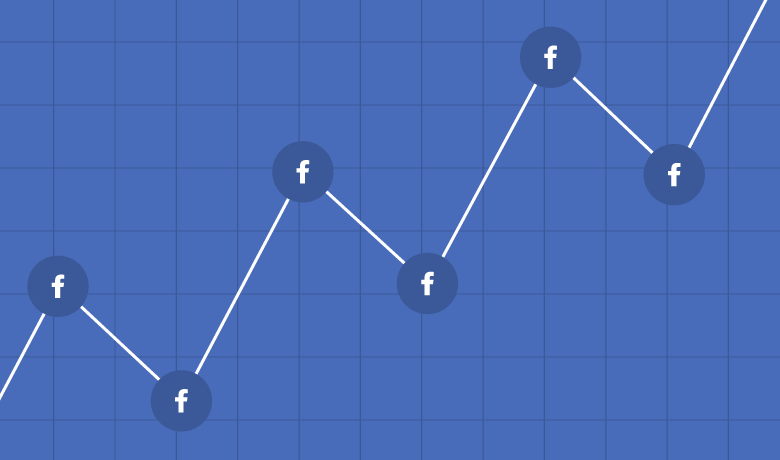 Your Facebook ad campaign metrics also indicate whether you’re getting a positive ROI (return on investment). All in all, it is crucial that you measure your Facebook ad performance on a regular basis, ideally every week.

What are the most important Facebook Ads metrics to include in your dashboards and reports? In this post, we'll go over the top 9 metrics you should pay attention to.

First of all, you may be asking, where can I find all of these metrics? Facebook metrics can be tracked and visualized in Facebook Ads Manager

You can also go to your Facebook Ads business manager, where you have the option to customize your columns here:

Once you've determined the most important metrics for your campaigns, save them as a preset in the bottom left corner. (You already have a few default presets that we will go over in a moment.)

You can also divide the metrics into three groups based on how they appear in Facebook Ads Manager. Each of these groups are default column options in your ad account.

The three core groups we'll be looking at include:

Now let's dive into each metric.

Results are the total number of times your campaign received its desired outcome.

This is arguably the most important metric of every campaign and will vary based on the type of campaign and the goal you have set.

Results will typically be a conversion metric, such as website purchases or leads. However, if you're running a brand awareness campaign, you may have traffic or impressions as your target result.

Let's look at a few of the common types of Results for a campaign:

Leads: Total number of Leads acquired on your website.

Form Leads: Facebook also offers "Lead Ads'' that allows the user to submit their contact info (which is already pre-populated into the form fields) directly within the Facebook app. This result matric counts how many total form submissions occurred.

These are just a few examples. The specific result of your campaign is tracking will change depending on what you set as your target. Each campaign will list your result beneath the metric here:

Cost per Result measures how much each desired result (or action) cost.

The formula is: total ad spend /  number of results.

On other PPC channels, this metric is most similar to "Cost Per Action" or CPA. As mentioned, the result (or action) for your campaign could be a new signup, generating a sale, a form submission, and so on. It will differ based on your campaign's goals.

Regardless of your particular campaign's goals, CPA  is your most important Facebook Ads metric to measure the success of a campaign. CPA varies widely from  industry to industry .

Spend is the total amount your ads cost for the selected time period.

This is one of the top metrics to include in a marketing client dashboard, so they can always monitor their PPC budget.

It is necessary to keep an eye on spend to be sure you are within budget, but you also need to monitor other cost metrics (like Cost Per Result and ROAS) to ensure you're generating positive returns.

ROAS (Return on Ad Spend) is the amount of revenue the company receives for every $1 invested into ads.

ROAS is one of the most telling metrics to understand if you have a successful Facebook Ads campaign.

The formula to calculate ROAS is Revenue / Spend.

If you're running an eCommerce campaign and tracking your sales with the Facebook Pixel, you can track ROAS directly in Facebook Ads. For other campaigns, this is something you'll have to calculate based on the value of each result achieved.

Impressions are the number of times your ads were on screen in front of your audience.

The more impressions your ad receives, the higher your brand awareness.

One person could see your ad five times. This would count 5 times toward impressions, but only one toward reach.

You also want to look at impressions across publishing platforms to know where your ads are appearing most frequently.

CPM is a common metric across online advertising. It measures the cost-effectiveness of an ad campaign. It's a great metric to compare costs across different ad publishers and campaigns.

It is also helpful in understanding how pricing is fluctuating for your chosen placement. Remember, Facebook Ads is an auction system. Is your CPA increasing because your target audience is becoming more competitive? Or is it because your conversion rate is plummeting?

Look at CPM to determine if it's your ad placement that is becoming more expensive, as well as compare costs across platforms.

Frequency is the average number of times a person has seen your ad.

This is an especially important metric to measure if you have a very narrow, targeted audience.

While people often need to see an ad multiple times before converting, if they have seen an ad 10+ times, you're likely oversaturating your audience and need to expand your reach.

Keep an eye on frequency, but remember that ultimately if your conversion rate remains high, you probably aren't oversaturating your audience yet.

Link clicks are the total number of times people have clicked your ad's link.

The first step to an exceptional Facebook Ads campaign is to confirm that your ad is being delivered by looking at impressions.

Next, you need to confirm that your ad is engaging. If no one is interacting with your ad, you're not going to achieve conversions.

Clicks are one of the key metrics to confirm that your audience is actually interested in your offer.

The most important one to pay attention to will be Clicks (Link). After all, these are the clicks that are going to lead to conversions!

One of the options you'll also see is "Clicks (All)". This is counting all clicks on your ad, including clicks over to your Facebook page or other click interactions with your ad.

While "Clicks (All)" does indicate engagement with your ad, it's not the engagement that is going to lead to your next conversion. So you typically want to prioritize Clicks (Links) in my Facebook ads reporting.

You may see 100 clicks for your ad and think it's performing well. However, if your total number of impressions is 100,000, those 100 clicks won't seem as impressive anymore.

This is where CTR (click-through rate) comes into your Facebook Ad reports.

It is calculated by dividing total clicks by impressions. In our above example, an ad that received 100 clicks and 100,000 impressions has a low CTR of .1% However, if the total number of impressions was 1,000, that is a CTR of 10%. You can't look at clicks alone—you must compare it to impressions to really evaluate how engaging your ads are.

Understanding your most important Facebook Ad metrics is the key to boosting the ROI of your campaigns.

It's easy to get bogged down in all of the options available in Facebook Ads Manager. However, if you just look at these 9 metrics, you'll be on your way to better optimized, better performing campaigns.