3 methods to test and optimize your Facebook ad creatives 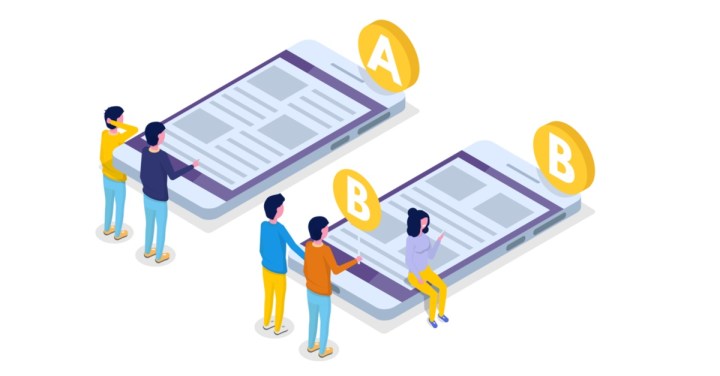 3 methods to test and optimize your Facebook ad creatives

Creatives are a critical part of user acquisition that in many cases get overseen. Optimized creatives combine two strong dimensions that have an impact on your conversion. There are so many creative elements that digital marketers can test in their banner ads – from value propositions to taglines to images and styling – that it can be hard to know where to start.   When followed, these 3 methods  can reduce the amount of time required to optimize your creatives!

With this first technique you simply create multiple ads (different creatives) in one ad set.

This is not split testing because you are not displaying ads evenly (and randomly) to the same audience, but you trust (not too much, keep reading) that Facebook will serve the best performing ads.

Drawbacks of multiple Facebook ads in one ad set

What happens when you do this method is that Facebook is going to optimize based on the highest CTR.

Advices to optimize ads with this method

Thomas shared with us that Facebook doesn’t wait for results to be completely significant, and many ads stop getting served after very few impressions, that’s why pausing even the good performing ones can make sense.

By looking at the “impression to install or conversion ratio” you get a combination of the CTR and CR (conversion rate) that can help you figure out which ads to turn off.

Keep the number of ads reasonable

Do not run too many creatives in the same ad set: 2-3 is recommended.

You can go a bit above (4-5) but don’t go crazy because it just makes things harder to analyze, especially if you do not change just one thing in your ads.

Change only one thing (or keep it straightforward/organized)

Try to change only one thing (headline, text, image/video) so as to facilitate the analysis.

If what you’re trying to find out is which ad creative works better, then you want to change only that part for this ad set. This means that you keep the same:

That way you can draw easier conclusions on the creatives from the Facebook reports.

One thing that Thomas Petit sometimes does is also to run multivariate tests, ending up with something like the following ads in his ad set:

Facebook split testing feature has been around for a while, but the Facebook creative split test simplifies a lot the process of optimizing your Facebook ad creatives. Even if it’s not perfect.

When split testing, you create multiple Facebook ad sets. Each ad set you create has one difference: a variable.

Facebook divides the audience you’re targeting into random groups that do not overlap. It duplicates your ads and tests the ad sets against each other by only changing that one variable.

Each ad set’s performance is measured based on your campaign objective ,so you can know which one wins.

The variables you can split test

For each test, you need to select which one variable is going to change between your ad sets.

You have the following choice:

Facebook split testing is an interesting feature, but there’s no magic there either.

If you split test two bad audiences, two bad placements or two bad creatives then you won’t learn much.

There are also a couple of reasons split testing might not be the right fit for you:

If you’ve never run a Facebook app install ad  or conversion campaign before, you should start simple and wait until you start getting good results before trying split testing.

One split test at once

Facebook takes care of this one: you can only test one variable at a time. This prevents you from testing two different creatives against two different audiences, which would be impossible to analyze.

Technically, for each variable you can create up to 5 Ad Sets (Facebook calls them Ad Set A, Ad Set B, etc.).

But no matter what you’re testing we recommend that you only test 2 versions.

This makes it easier to:

Define your sample size and give your test enough time

As for any A/B test, you want to define in advance how much time you’ll need to reach statistical significance.

If the budget you’re looking to allocate to this split test does not allow to reach that sample size (i.e you don’t have enough money to get to the number of impressions needed) within Facebook’s 14-days limit then you’re taking the risk of not getting reliable results.

If you do have the budget to reach the sample size, run the tests during the needed period. Facebook will also send you an email when the results are known (treat carefully).

In the case where with your regular campaigns (no split test) you see differences in performance depending on the weekday, you should run the A/B test for at least 7 days so you can get the full picture.

Test only one creative element

As you can notice in the examples in the “What to test” section, not only we are “only” A/B testing we are also changing only one creative element.

This is because you want to know what you can attribute the results to. If you have different call to action, headlines and videos then you have a hard time finding out what made one ad set perform better.

Which means you can’t apply the knowledge to future campaigns!

So keep it simple.

Note: if you’re looking into testing a bunch of variations in ad creative elements, have a look at the dynamic creative optimization (DCO) section below.

Test against a high-performing ad

Ad fatigue is real and at one point you might need to replace what were once your best performing ads.

When split testing with Facebook you should therefore aim at finding the next best ad creatives that you’re able to use.

If you come close, the ad is most likely worth using (now or when your best performing ads start declining).

It’s already tough to get A/B test sample sizes that lead to significant results, so you want to prioritize testing very different concepts for the one creative element you’re testing.

If you test a headline, do not change only one word. If you test an image background, choose something very different.

And if you test a video, don’t just change one scene at the end. Here are a few things you should try instead:

The possibilities are endless, so you of course have to define priorities based on your budget.

How to create your creative split test

You can find your results in Facebook Ads Manager, when it’s running (let it run until the sample size is reached!) and once it’s completed.

To determine the winning ad set, Facebook compares the cost per result of each ad set based on your campaign objective.

It also determines a percentage of chances (the confidence interval) that corresponds to the chance of getting the same results if you were to run that same test again.

Note: as you can see, the more ad sets you test the harder it is to sort the best performing Facebook ads. Hence our advice to stick to only 2 ad sets.

Dynamic Creative is a tool in the Ads manager that automatically delivers the best combinations of your creative assets by using machine learning.

It is not a testing tool per say, as the idea is not only to find the best combination for a niche audience but rather to select a broad audience so Facebook automatically determines which any given combination works best with any given audience and placement.

It takes the different components of the ad (images, videos, titles, descriptions, CTAs) and runs different combinations of these assets across audiences.

App installs and conversions are supported, and you can have both single image and single video ads.

Unlike split testing, DCO campaigns with Facebook let you test multiple variables and do not have a time constraint.

How to set up dynamic creative ads

You’re only creating one ad with DCO: the ad that uses the best combination of assets.

But so you can understand what’s happening you might want to figure out which type of videos, images, headlines, etc. perform the best.

That’s something you can see in your ad reports. Click on the “Breakdown” button and choose by which asset you want to see performance.

Budget: use your current bidding practice

Even though Facebook is going to create a lot of different combinations, you should bid as usual. Part of the budget goes to testing to find the right combination for the right audience, and overbidding would result in spending more on testing.

Avoid really niche interests for these kinds of ads: Facebook’s machine learning needs a big enough audience to work with.

Of course if your regular targeting is already broad then you can use that!

Make sure assets uploaded will make sense together

Facebook is going to mix and match your assets, you need to make sure that any combination created makes sense.

So do not use a headline that would not go with a specific video, or a CTA that does not make sense with your image.

Keep an eye on performance and exclude/replace assets

When looking at the performance breakdown, you’ll most likely see an ad asset (example: a video) that is getting a lot of impressions, which of course results in more spend. This is because the CTR for this asset is higher than the CTR for other similar assets (other videos).

However you should not let Facebook freely run this for you, as an asset that has a higher CTR might also lead to the most expensive CPI/CPA. In this case you want to exclude this ad asset from the future creative mix.

Whether or not you should optimize your Facebook ad creatives is not the question.

Just like you want to target the right audience, you want your ads to perform once they’re seen by potential users.

And to do this you need to try different creatives for your app install ads and conversion campaigns. You now have 3 different methods to do this:

There’s no perfect solution, and the general rule here is: monitor your ads closely so you can adapt by turning off assets or ads that are not performing well even though Facebook serves them a lot.

Do you have any additional tips for one of these 3 methods? Let us know in the comments!